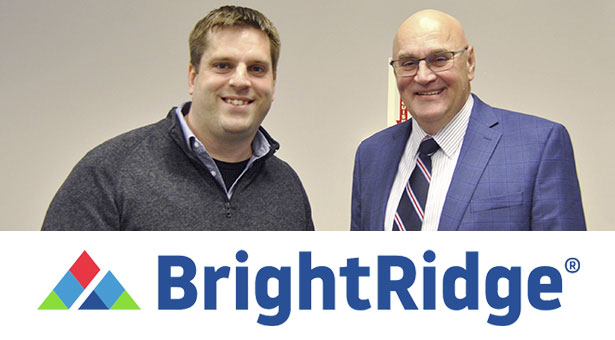 Less than a month after StartupTri rebranded as FoundersForge, the entrepreneurial support effort held a summit at BrightRidge on Feb. 20.

The event featured an update on BrightRidge’s broadband rollout and provided entrepreneurs with the opportunity to share their new initiatives in a “Minute to Win It” format. Those with ideas for potential start-ups were able to pitch them to the folks in attendance, and FoundersForge co-founder David Nelson gave an update on progress being made in the effort to foster new start-up businesses in our region.

During the late-January press conference announcing the rebranding of FoundersForge, Nelson pointed toward an improving climate for entrepreneurship in our region and a more substantial feeling of regional cooperation as reasons for the rebranding effort. That positive momentum was certainly palpable in the BrightRidge conference room throughout the February summit meeting.

“It’s extremely exciting to see this happen, and it just feels like a powder keg ready to explode and take off,” Nelson said.

For Patrick Savage, the early-morning event was an excellent way to begin his fourth day as an entrepreneur. Savage recently left Bristol Motor Speedway to start Savage Creates, a creative services company.

While the timing was right personally for Savage to make the jump, he also cited several advantages he sees in doing business as an entrepreneur in our region. Savage said the combination of a low cost of living, access to high-speed Internet and ease of travel to Nashville, Knoxville and Asheville are factors that put him in a strong position to be competitive in the marketplace.

Savage recounted a recent conversation he had with a colleague who has had success landing clients in larger metropolitan areas thanks to the advantages our region affords.

“When they go to that area, they’re not competing on the same standard of living,” Savage said. “They’re able to come in and win a competitive bid because they’re located here. This is an amazing hub.”

The ability to telecommute will only become stronger once BrightRidge finishes rolling out its Broadband services. The utility is investing $66 million in a fiber-optic and Wi-Fi network that BrightRidge Chief Broadband Officer Stacy Evans said has “shortened the distance between Northeast Tennessee and the world.”

Our Startup Community Needs Your Experience

After a brief conversation, we’ll add you to our advisor listing