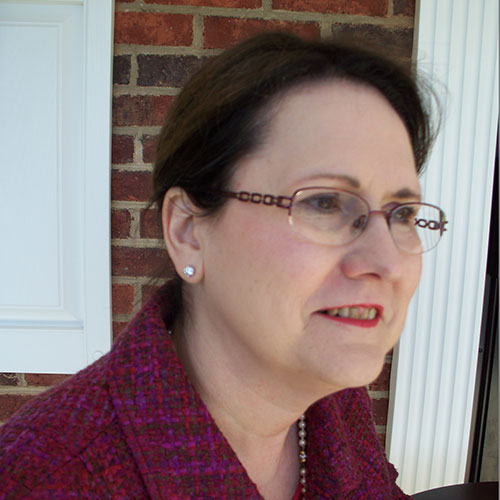 Rebecca Henderson has a B.S. in Business Administration from the University of Tennessee and an M.S. in Community Leadership from Duquesne University. The academic experience, combined with more than three decades of volunteer leadership experience on over three dozen nonprofit boards of directors, ranging in scope from local to international, give her significant expertise in nonprofit leadership.

Rebecca is an active member of First Christian Church in Johnson City. Rebecca is a member of the board of directors of the Johnson City Community Health Clinic and Holston Habitat for Humanity. She serves on the board of trustees for Cornerstone Village. In addition, she currently serves on Ballad Health’s Tri-Cities Advancement Council, and was a member of the Sesquicentennial Commission for the City of Johnson City . Rebecca is a founding member of the Johnson City Morning Rotary Club and served as secretary for several years, and has recently been asked to be President-Elect of that organization in 2020-2021. She is a member of The Monday Club and is a Sustaining Member of the Junior League of Johnson City. Previous community leadership positions Rebecca has held include vice-chair of the Washington County Foundation Board (Mountain States Health Alliance, now referred to as Ballad Health), 1st Vice-President of Girl Scouts of the Southern Appalachians, President of the Johnson City Seniors’ Center Foundation and founding board member and board Secretary of the Children’s Advocacy Center of the First Judicial District.

Rebecca is the holder of the Thanks Badge, which is Girl Scouting’s highest honor; she was named one of Milligan College’s Leaders in Christian Service in 2015. She has been awarded the Rosalie Jennings Brandt King Award from the Junior League of Johnson City for outstanding in-League and community service; she has also been named Outstanding Sustainer and Sustainer of the Year on several occasions. Rebecca became a published author in 2016, when “Serving with Significance” was published. It’s a handbook for leadership level community influencers, and is frequently used in customer service settings. She is currently working on her second book, which will be an enhancement to “Serving with Significance”. Rebecca has a weekly blog, “As We Serve with Significance”, is a Community Voices columnist for the “Johnson City Press”, and is a frequent contributor to that publications “Today in Johnson City History” feature.

Sound like the perfect advisor for your company? Apply for Advisor Matching

GET CONNECTED | GROW YOUR STARTUP

It begins with an idea. A simple spark. Then your life changes for ever. Our region's Entrepreneurs are working hard every day to change our community and the world around them. Now it's your turn.