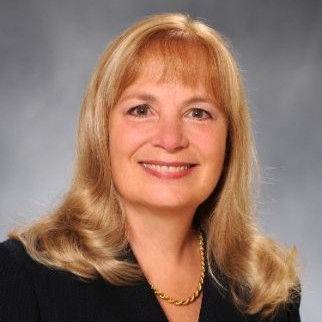 Dr. Audrey Depelteau owned and operated the largest multi-disciplinary health care clinic in Boston, Massachusetts from 1983 – 2005 with satellite offices in Massachusetts and California until 2009. Audrey, a former Environmental Toxicologist, returned to academia as the Biology Education Coordinator in the department of Biological Sciences at East Tennessee State University (ETSU). During that time, she was the manager of a Howard Hughes Medical Institute grant and is adept at designing, delivering and assessing interdisciplinary student-centered curriculum and grant writing.

Audrey is a mentor in the Climate Reality Leadership Training and has personally given over 75 Climate Change Presentations. She has an Honors Code Certificate in Climate Science from the Massachusetts Institute of Technology. Audrey asserts that it will take visionaries, unprecedented levels of cooperation, strong leadership, and the involvement of a broad coalition of scientific leaders, entrepreneurs and community members to create the fundamental tipping point that will reduce the impact of this global phenomena on society.

Audrey has lived in a multi-generational home with family members ranging from college students to an elderly aunt. Joining them was a Boxer, four rescued cats (three were originally feral), and three rescued parrots (two African Grays and an Eclectus). Audrey, the recipient of numerous awards, is active in community service & serves on a wide-range of executive boards.

Sound like the perfect advisor for your company? Apply for Advisor Matching

GET CONNECTED | GROW YOUR STARTUP

It begins with an idea. A simple spark. Then your life changes for ever. Our region's Entrepreneurs are working hard every day to change our community and the world around them. Now it's your turn.