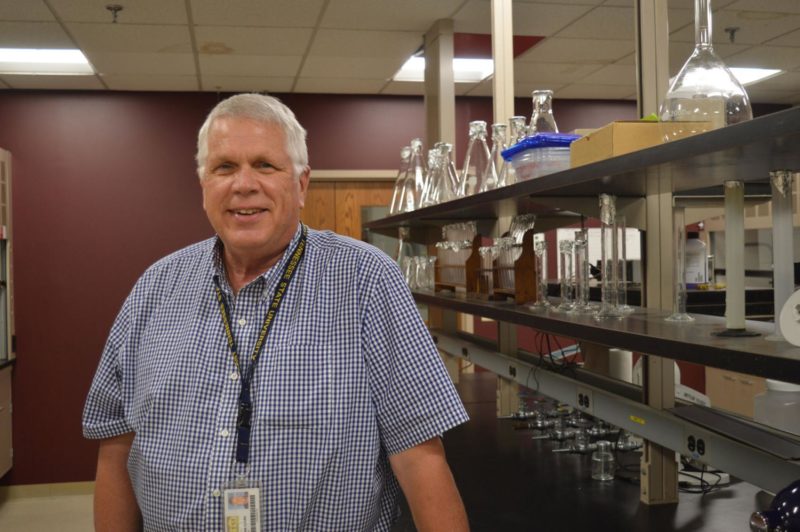 Burgeoning local startup seen as guide for other fledgling companies

One of Andy Clark’s latest projects started when he learned a co-worker was using lavender oil to temporarily relieve pain caused by his shingles.

“He would put some lavender oil on the tip of his finger and then hold it against the lesion, and when he did that it would take the pain away for about 5 to 10 minutes,” Clark said. “I said, ‘Well, let’s try to develop something.’”

The resulting product, Clark said, ended up taking the pain away for 8 to 12 hours. Clark and his wife Linda started a company, RTD Neutraceuticals, and that product, called Lavengel, is now available at two veterinarians — Appalachian Animal Hospital and Vet Care Animal Hospital — and the Natural Foods Market in Johnson City.

David Nelson, president of FoundersForge, a local nonprofit established to assist local startups, said RTD Neutraceuticals is a great example of the type of companies the region needs to cultivate.

Nelson said the company has already navigated the process of developing its product and learning how to manufacture, test and distribute it.

“That knowledge transfer can go down to brand new startups,” he said, offering a blueprint and a mentor for other companies. “That little bit of advice sometimes can be the difference between a startup really taking off or struggling for another three to six months.”

“RTD” stands for “road to Damascus,” and “neutraceuticals” refers to the company’s focus on affecting healing through nutrition.

“We’ve tested a lot of things at the university and in the company,” Clark said. “Lavengel has been the one we’ve done the most work on.”

The company is marketing the product as a skin gel for dogs, addressing itchy and irritated skin, hotspots, bug bites and more.

“We wanted to start with dogs because this worked really, really well on the dog market,” Clark said. “People love their pets, so we thought this was a great opportunity to get started with the company having its first commercial product.”

Clark sees the company eventually making Lavengel available for use by humans. The company plans to apply for a Department of Defense grant to test a version of the product for treating injuries in a combat setting, supporting new collagen synthesis and inhibiting the growth of staphylococcus.